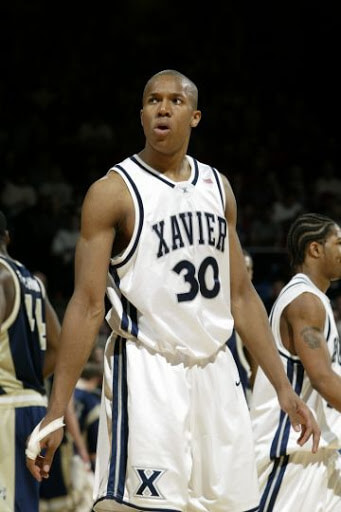 In his freshman season at Xavier, West was named to the Atlantic 10 All-Rookie Team after leading the A-10 in rebounding (9.1) and finishing fourth on the Musketeers in scoring (11.7).

In his junior season, West was named the A-10 Player of the Year and the league’s Defensive Player of the Year, while also winning A-10 Tournament MVP honors. He averaged 9.8 rebounds (26th in the nation) and 2.5 blocks (22nd in the nation) per game and recorded the first triple-double in school history with 15 points, 10 rebounds, and 10 assists against Long Island University.

In October 2007, Sports Illustrated released Sports Illustrated: The Basketball Book, which featured West on its NCAA All-Decade Team for the decade beginning in 2000. He was joined by Connecticut’s Emeka Okafor and three Duke players, Jay Williams, J. J. Redick and Shane Battier.