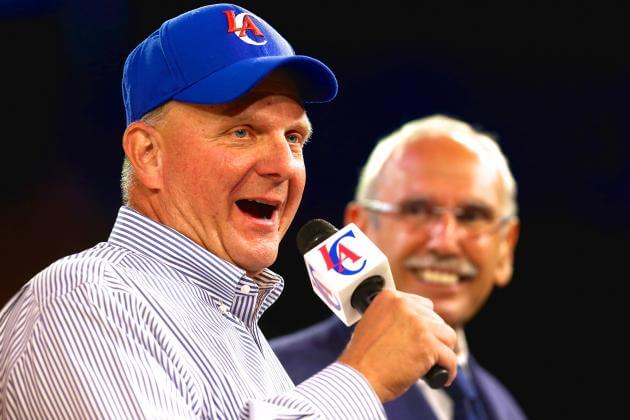 On May 27, 2014, Steve Ballmer, former CEO of Microsoft, agreed to purchase the team for $2 billion. To buy the team, Ballmer reportedly beat out other candidates including Oprah Winfrey, Floyd Mayweather, Magic Johnson, and a group of crowdfunders. Although Ballmer lives in the Seattle area and had been part of an ownership group that had unsuccessfully attempted to move the Sacramento Kings to that city, he has indicated that he has no intention of moving the Clippers. On August 12, 2014, Ballmer officially took control of the team following an order by a California court that confirmed the sale from Shelly Sterling to Ballmer. As part of the deal Shelly Sterling gets the titles of “Owner Emeritus” and “Clippers’ Number 1 Fan,” as well as 10 tickets in sections 101 or 111 for all Clippers games, 2 courtside tickets for all games in Los Angeles, 6 parking spots in Lot C for each game, 12 VIP passes that include access to the Lexus Club, Arena Club, or Chairman’s Lounge and Media room or equivalent, for each Staples games, 3 championship rings following any Clippers title, and will run a yet to be named charitable foundation.