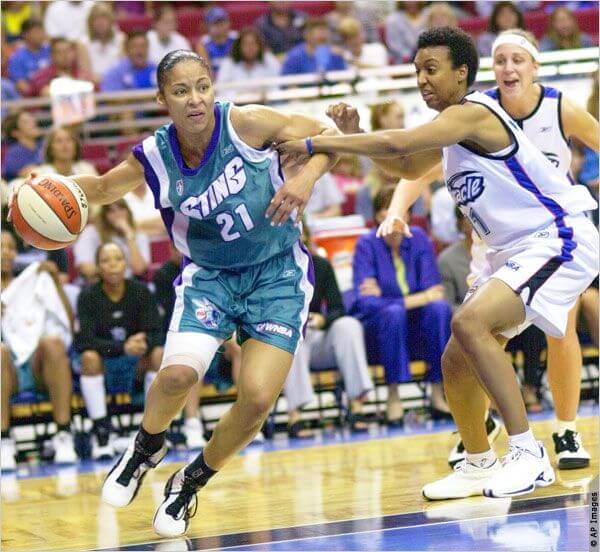 The Charlotte Sting was one of the eight original WNBA franchises that began play in 1997. The Sting was then the sister team to the Charlotte Hornets. The Sting finished their first season with a 15-13 record and qualified for the first WNBA playoffs but lost to eventual champions Houston Comets in the one-game semifinal.