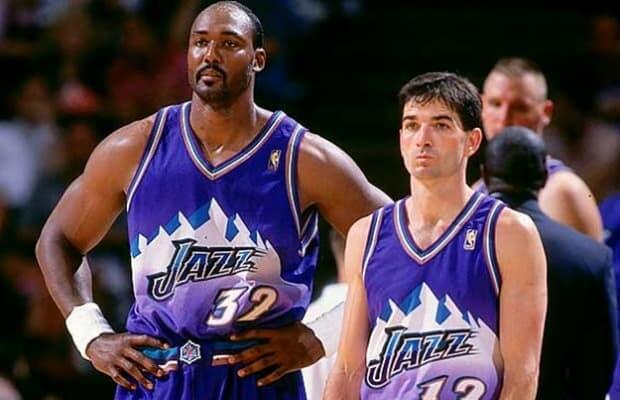 The Jazz was finally able to capitalize on regular-season success. In 1996 – 1997, the Jazz had their best record in franchise history (64–18), and won the Midwest Division, and finished with the best record in the Western Conference. The team was made up of the players, Stockton, Malone, and Hornacek, as well as Bryon Russell, Antoine Carr, Howard Eisley, and Shandon Anderson. Malone won his first NBA MVP for the 1996 – 1997 regular season, averaging 27.4 points, 9.9 rebounds, and 4.5 assists per game.

The Jazz reached the NBA Finals for the first time after beating the Los Angeles Clippers 3–0, Los Angeles Lakers 4–1, and Houston Rockets 4–2. The Jazz then met Michael Jordan and the Chicago Bulls in the Finals, losing to the Bulls 4–2, with the last two games decided in the final seconds (scores of 90–88 and 90–86).