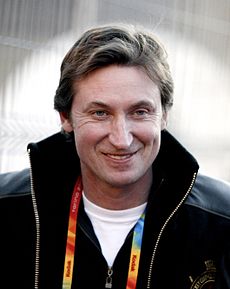 In December 2008, the media became aware that the Coyotes were suffering massive losses, and the NHL was paying the team’s bills. The media reports were minimized by NHL commissioner Gary Bettman and vice-president Bill Daly. However, Moyes had secretly given operational control of the team to the league. In May 2009, Moyes put the team into bankruptcy hours before Bettman was to present him an offer to sell the team to Chicago Bulls and Chicago White Sox owner Jerry Reinsdorf. Moyes intended to sell the team to Canadian billionaire Jim Balsillie who intended to purchase the team out of bankruptcy and move it to Hamilton, Ontario. The NHL responded by stripping Moyes of his remaining ownership authority.
From May until September 2009, hearings were held in Phoenix bankruptcy court to determine the fate of the Coyotes and the holding company. Two potential bidders for the team surfaced, Reinsdorf and Ice Edge Holdings. but they did not submit a bid for the team at the bankruptcy hearing. Instead, the NHL put in the only rival bid to Balsillie for the team, while it contended the Moyes-Balsillie deal violated NHL rules. Ultimately, the bankruptcy court voided the planned sale to Balsillie, accepting the league’s argument that bankruptcy could not be used to circumvent league rules. The NHL’s initial bid was also declared insufficient, but the judge left the window open to an improved bid. Moyes and the NHL settled, with the NHL buying the team and assuming all debts. The NHL negotiated a temporary lease with the city of Glendale, which owns Jobing.com Arena.
The NHL then proceeded to work with the Reinsdorf and Ice Edge to work out a deal with Glendale. Ice Edge signed a letter of intent to buy the team from the NHL, while Reinsdorf has won the approval of the City of Glendale. The NHL has yet to deal with the purchase. On Friday, May 7, 2010, ESPN.com reported that Reinsdorf bid had fallen apart, and the City of Glendale was working with Ice Edge to buy the team in a last-ditch effort to keep them in Arizona. The National Post criticized both bids, as both were conditional on municipal taxpayers to cover any losses that the Coyotes might incur, and suggested that keeping the team in Phoenix was never economically viable.