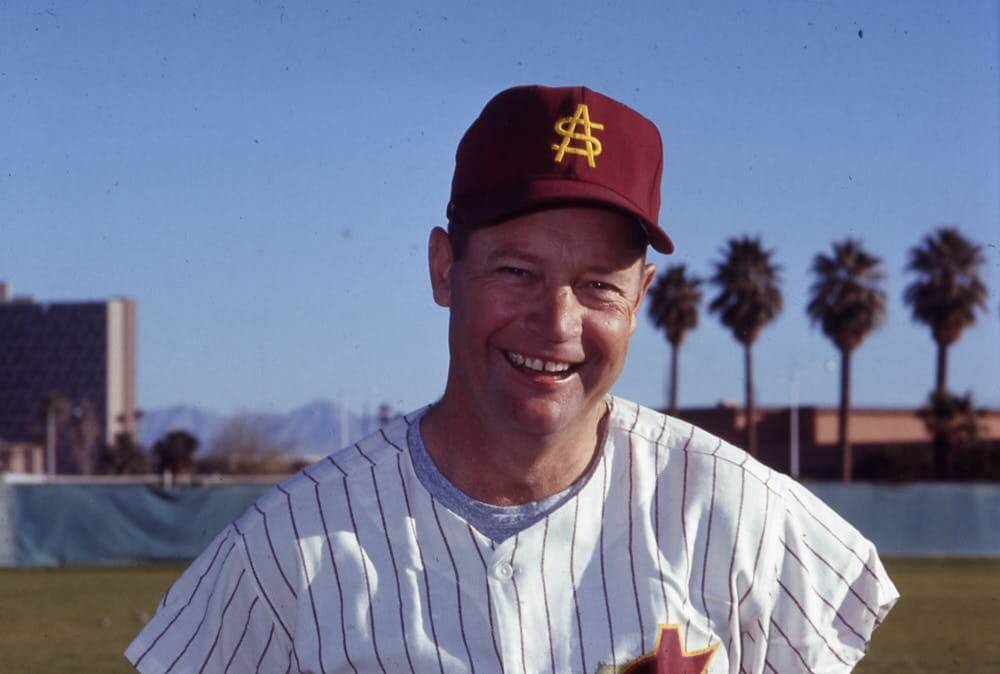 The 1969 NCAA University Division Baseball Tournament was played at the end of the 1969 NCAA University Division baseball season to determine the national champion of college baseball. The tournament concluded with eight teams competing in the College World Series, a double-elimination tournament in its twenty-third year. Eight regional districts sent representatives to the College World Series with preliminary rounds within each district serving to determine each representative. These events would later become known as regionals. Each district had its own format for selecting teams, resulting in 23 teams participating in the tournament at the conclusion of their regular season, and in some cases, after a conference tournament. The twenty-third tournament’s champion was Arizona State, coached by Bobby Winkles. The Most Outstanding Player was John Dolinsek of Arizona State.