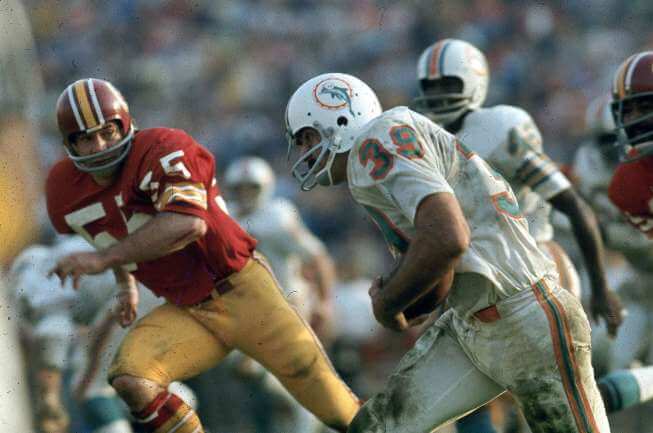 Super Bowl VII was an American football game between the American Football Conference (AFC) champion Miami Dolphins and the National Football Conference (NFC) champion Washington Redskins to decide the National Football League (NFL) champion for the 1972 season. The Dolphins defeated the Redskins by the score of 14–7, and became the first and still the only team in NFL history to complete a perfect undefeated season. The game was played on January 14, 1973, at the Los Angeles Memorial Coliseum in Los Angeles, California, the second time the Super Bowl was played in that city.