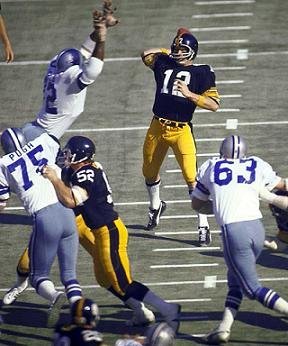 Super Bowl X was an American football game between the National Football Conference (NFC) champion Dallas Cowboys and the American Football Conference (AFC) champion Pittsburgh Steelers to decide the National Football League (NFL) champion for the 1975 season. The Steelers defeated the Cowboys by the score of 21–17 to win their second consecutive Super Bowl. They were the third team to win back-to-back Super Bowls. (The Miami Dolphins won Super Bowls VII and VIII, and the Green Bay Packers won Super Bowls I and II.) It was also the first Super Bowl in which both participating teams had previously won a Super Bowl, as the Steelers were the defending champions and the Cowboys had won Super Bowl VI.