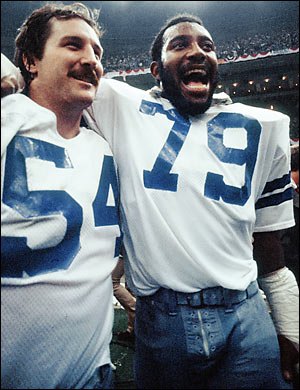 Super Bowl XII was an American football game between the National Football Conference (NFC) champion Dallas Cowboys and the American Football Conference (AFC) champion Denver Broncos to decide the National Football League (NFL) champion for the 1977 season. The Cowboys defeated the Broncos 27–10 to win their second Super Bowl. The game was played on January 15, 1978, at the Louisiana Superdome in New Orleans, Louisiana. This was the first time that the Super Bowl was played in a domed stadium and the first time that the game was played in prime time.