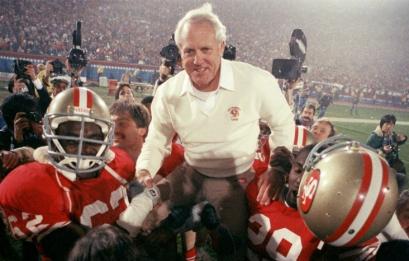 The 49ers defeated the Dolphins by the score of 38–16, to win their second Super Bowl. The game was played on January 20, 1985, at Stanford Stadium, on the campus of Stanford University in Stanford, California. The game was hyped as the battle between two great quarterbacks: Miami’s Dan Marino and San Francisco’s Joe Montana. The Dolphins entered their fifth Super Bowl in team history after posting a 14–2 regular-season record. The 49ers were making their second Super Bowl appearance after becoming the first team ever to win 15 regular-season games since the league expanded to a 16-game schedule in 1978.