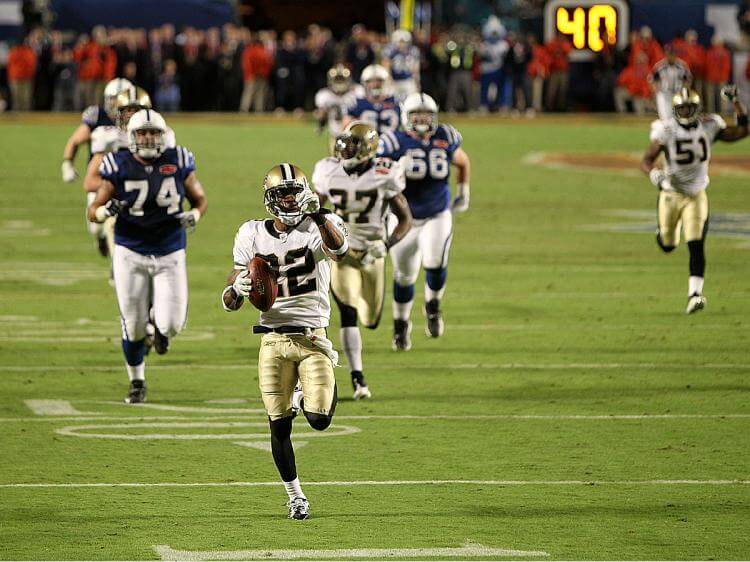 Super Bowl XLIV was an American football game between the National Football Conference (NFC) champion New Orleans Saints and the American Football Conference (AFC) champion Indianapolis Colts to decide the National Football League (NFL) champion for the 2009 season. The Saints defeated the Colts by a score of 31–17, earning their first Super Bowl win. The game was played at Sun Life Stadium in Miami Gardens, Florida for the fifth time and in South Florida for the tenth time, on February 7, 2010, the latest calendar date for a Super Bowl yet.