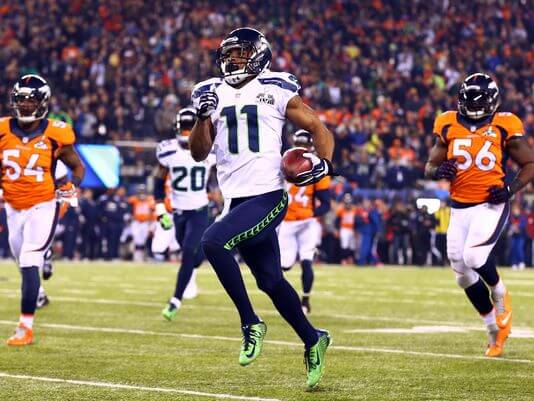 Super Bowl XLVIII was an American football game between the American Football Conference (AFC) champion Denver Broncos and National Football Conference (NFC) champion Seattle Seahawks to decide the National Football League (NFL) champion for the 2013 season. The Seahawks defeated the Broncos 43–8, the largest margin of victory for an underdog, and tied for the third-largest point differential overall (35) in Super Bowl history with Super Bowl XXVII (1993). It was the first time the winning team scored over 40 points while holding their opponent to under 10. This became the first Super Bowl victory for the Seahawks and the fifth Super Bowl loss for the Broncos, the most of any team. The game was played on February 2, 2014, at MetLife Stadium at the Meadowlands Sports Complex in East Rutherford, New Jersey, the first Super Bowl played outdoors in a cold-weather city and the first Super Bowl to be played on February 2.