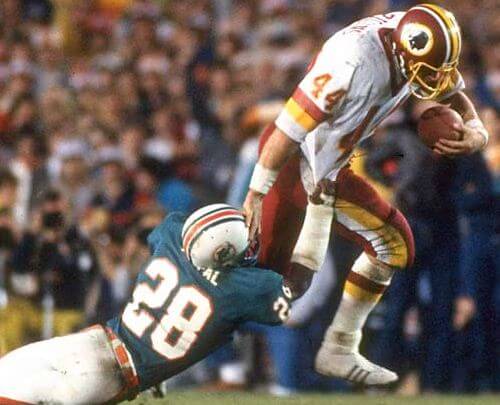 The Redskins defeated the Dolphins by the score of 27–17 to win their first Super Bowl. The game was played on January 30, 1983 at the Rose Bowl in Pasadena, California. Riggins was named Super Bowl MVP. He finished the game with 2 Super Bowl records: the most rushing yards in a Super Bowl game (166), and the most rushing attempts (38). His performance was also his fourth 100-yard rushing game in a row in a postseason game, a postseason record. Riggins also recorded a reception for 15 yards, giving him more total yards than the entire Miami team.