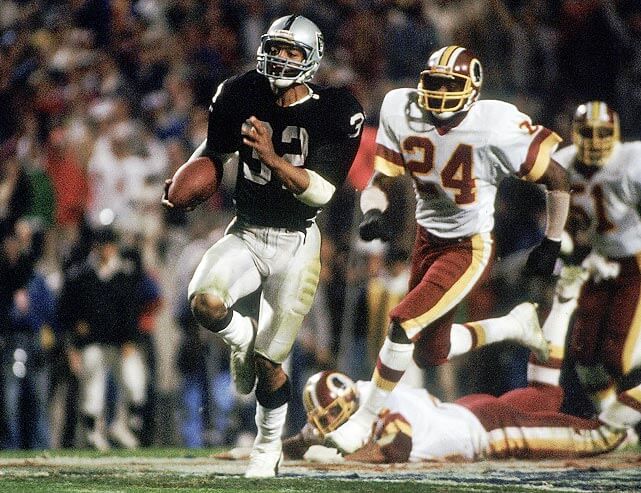 Super Bowl XVIII was an American football game between the National Football Conference (NFC) champion Washington Redskins and the American Football Conference (AFC) champion Los Angeles Raiders to decide the National Football League (NFL) champion for the 1983 season. The Raiders defeated the Redskins by the score of 38–9. The Raiders’ 38 points and their 29-point margin of victory broke Super Bowl records; it still remains the most points scored by an AFC team in a Super Bowl, and the only Super Bowl won by a Los Angeles-based team. The game was played on January 22, 1984, at Tampa Stadium in Tampa, Florida, the first time the Super Bowl was held in that city. This would be the AFC’s last Super Bowl win until Super Bowl XXXII, won by the Denver Broncos.