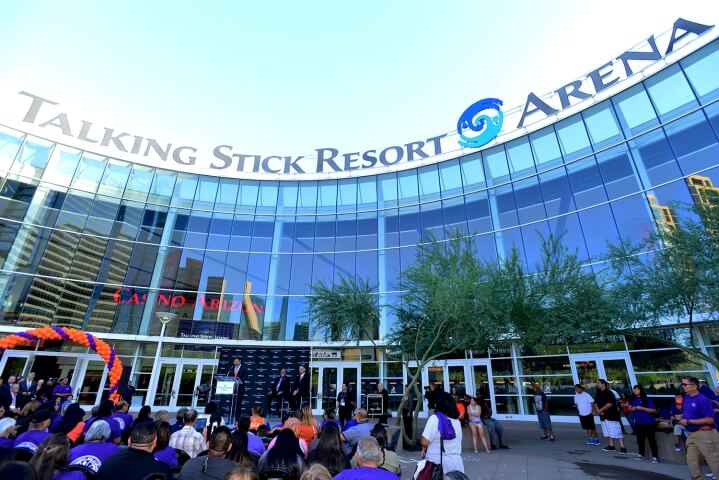 Talking Stick Resort Arena (formerly America West Arena and US Airways Center) is a sports and entertainment arena in downtown Phoenix, Arizona. It opened on June 6, 1992, at a construction cost of $89 million.

Renovations were completed in March 2003, which feature a 16,000-square-foot air-conditioned glass-enclosed atrium built on the northwest side of the arena, to keep patrons cool while waiting in line for tickets or spending time inside the building before events. The total cost was estimated at around $67 million. The upgrading of US Airways Center was done as part of the Phoenix Suns’ plan to keep it economically competitive after Jobing.com Arena opened. Former Suns owner Jerry Colangelo originally thought of the renovations after visiting Staples Center in Los Angeles and envisioned a similar entertainment district in Phoenix.