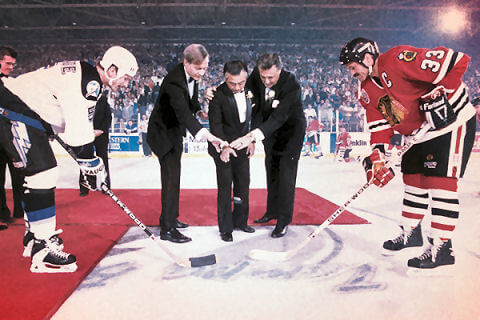 According to former NHL president Gil Stein, another factor was that the Karmanos/Rutherford group wanted to pay only $29 million before starting play, while the Esposito group was one of the few willing to pay the entire $50 million expansion fee upfront.

After being awarded the franchise, the team’s management brought in star power before they had any players. Phil Esposito installed himself as president and general manager, while Tony became a chief scout. Terry Crisp, who played for the Philadelphia Flyers when they won two Stanley Cups in the mid-1970s and coached the Calgary Flames to a Cup in 1989, was tapped as the first head coach. The team was named the Lightning, after Tampa’s status as the “Lightning Capital of North America.”