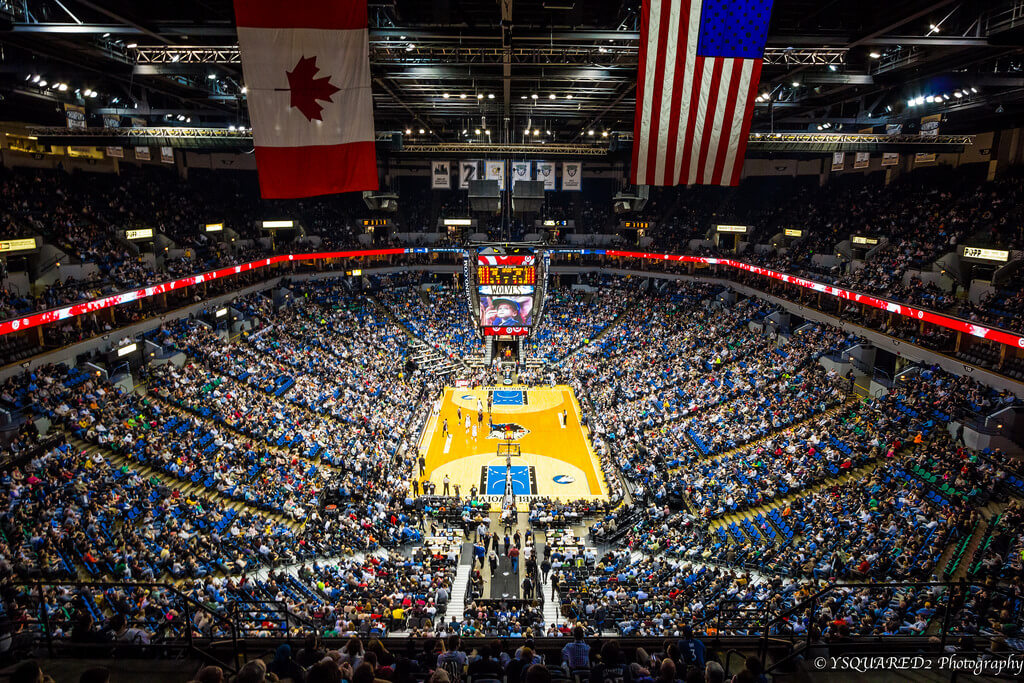 The Timberwolves originally built and owned the Target Center arena in 1990 and the venue was managed by Ogden Entertainment. The City of Minneapolis purchased the arena in 1995.

In 2004, Target Center underwent a major renovation that saw the replacement of all 19,006 of its original seats plus the addition of nearly 1,500 new seats as well as the reconfiguration of the lower bowl to make the arena more fan-friendly. In addition the arena’s original scoreboard was replaced with a new state-of-the-art 9-by-16 foot video screen and state-of-the-art LED signage, LED signage on the upper deck fascia, a new luxury lounge (Club Cambria) and improved access for fans with disabilities.