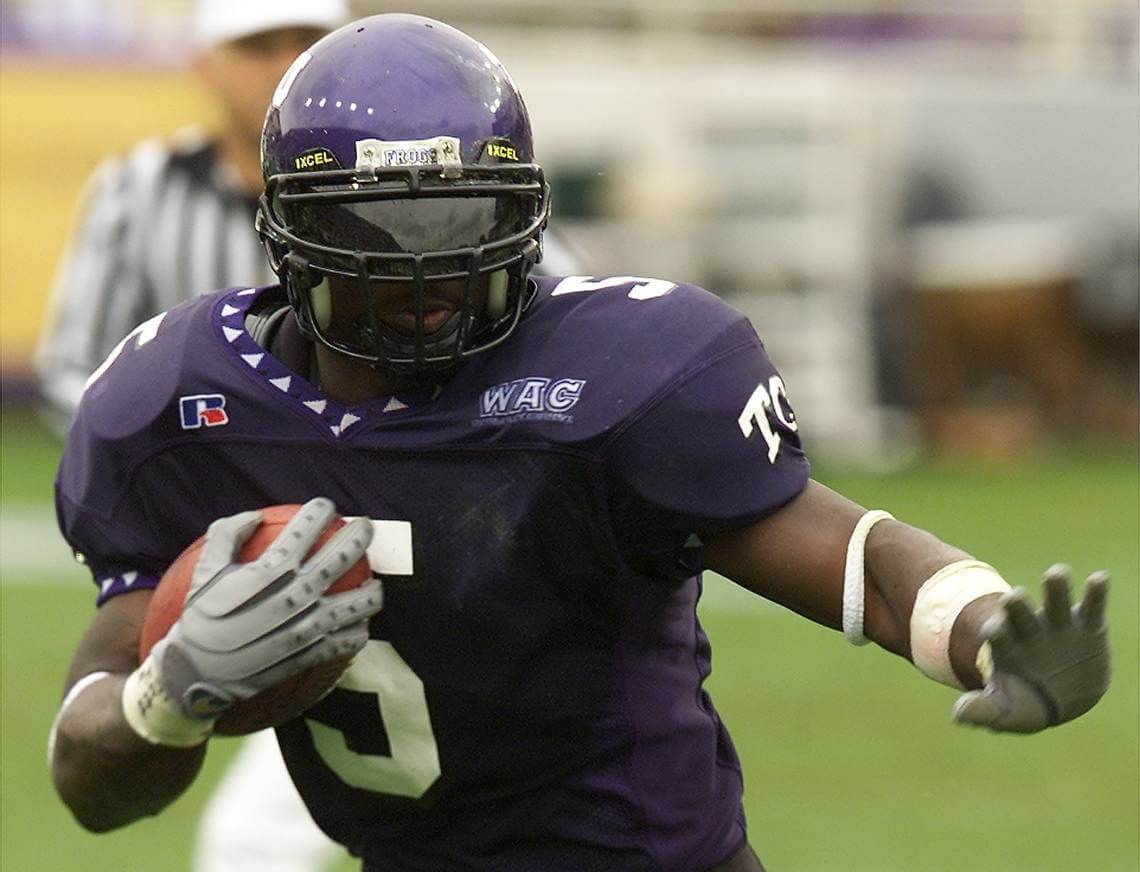 Tomlinson accepted an athletic scholarship at Texas Christian University in Fort Worth, Texas, then a member of the Western Athletic Conference (WAC). He played for the TCU Horned Frogs from 1997 to 2000. Prior to Tomlinson’s arrival, TCU had appeared in only one bowl game in the previous 12 seasons (and two in the previous 34) and had recently been “downgraded” to a minor conference (the WAC) after the breakup of the Southwest Conference.

During Tomlinson’s freshman and sophomore years, he split time with Basil Mitchell. In the 1998 season, he helped the Horned Frogs to their first bowl win in 41 years against the USC Trojans in the Sun Bowl. During his junior season in 1999, he set an NCAA FBS record for most rushing yards in a single game with 406 against UTEP; the record stood until 2014 when Wisconsin’s Melvin Gordon rushed for 408 yards which were subsequently broken only one week later by Oklahoma’s Samaje Perine after running for 427 yards against Kansas. Tomlinson finished his season with an NCAA-leading 1,850 yards rushing to go along with 18 touchdowns.

In his senior season in 2000, Tomlinson led the NCAA for the second time with 2,158 yards and 22 touchdowns and was recognized as a unanimous first-team All-American. He won the Doak Walker Award as the nation’s best running back, and was a finalist for the 2000 Heisman Trophy, but came in fourth in the voting. He completed his college career with 5,263 rushing yards, ranking sixth in NCAA Division I history.

The school retired his jersey (No. 5) during halftime of a November 2005 game against UNLV. In December of that year, Tomlinson fulfilled a promise to his mother by earning his degree in communications from TCU. He was inducted into the College Football Hall of Fame on December 9, 2014.