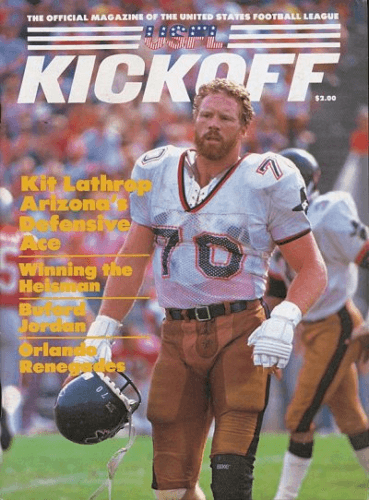 Ultimately, Diethrich agreed to merge the Wranglers with the Outlaws. The merged team was to be known as the Arizona Outlaws and would take the Wranglers’ place at Arizona State University’s Sun Devil Stadium. Initially, the Tatham’s owned 75 percent of the merged team, with Diethrich retaining 25 percent. However, Diethrich quickly decided to get out altogether. Since the Tatham’s inherited the Wranglers’ player contracts, the deal was still widely reported as a merger. As a result, Arizona received what amounted to its third USFL team in as many seasons.

Under the terms of the deal with Diethrich, the offseason roster for the new Arizona Outlaws comprised 20 players from the 1984 Wranglers, and 13 from the 1984 Outlaws. The Tathams retained many of the better players off both rosters, but not all of them. With few exceptions, they retained the 1984 Wranglers’ defensive players and coaches, while bringing Williams and most of the 1984 Outlaws offense with them to Arizona. Rather than retaining the majority of the 1984 Western Conference Champion Wranglers and simply replacing retiring Wranglers QB Greg Landry with Williams, for the second year in a row little effort was made to retain players in which Arizona fans felt a vested interest.