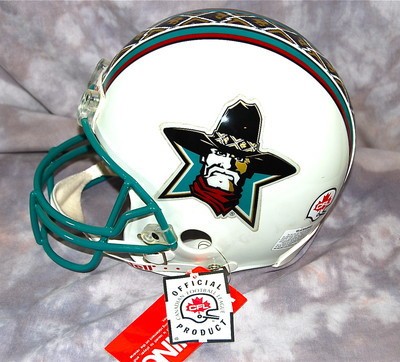 However, only two months after the Grey Cup, the Mad Dogs and Pirates had both folded. The Barracudas were about to be euthanized as well, as there was no prospect of the CFL approving their proposed sale and relocation to Shreveport. Speros was seriously considering moving his team to Montreal, in response to pressure from the league office. Anderson was not enamored at the prospect of being the only American owner in the CFL once again. He believed that the league needed at least three more American teams for the Texans to be viable in the long term. However, he was willing to play another season in San Antonio provided the Stallions stuck to their initial plan to move to Houston.

On February 3, 1996, the Stallions received formal approval to move to Montreal (they later reconstituted themselves as the third incarnation of the Montreal Alouettes) and the Texans were shuttered along with the Mad Dogs, Pirates and Barracudas. Anderson had little choice but to accept the euthanization of his team; earlier he had stated that he’d lost $6 million in 1995–far too much to make it worth the effort to go it alone. With the Stallions’ move to Montreal, his nearest opponent would have been in Hamilton, over 1,400 miles away. With the Stallions opting to move to Montreal, there was no longer a viable place for Anderson to relocate had he decided to follow the Stallions’ example. Although several other markets in Canada had expressed interest in joining the CFL, none had a stadium at the time that was suitable even for temporary use.