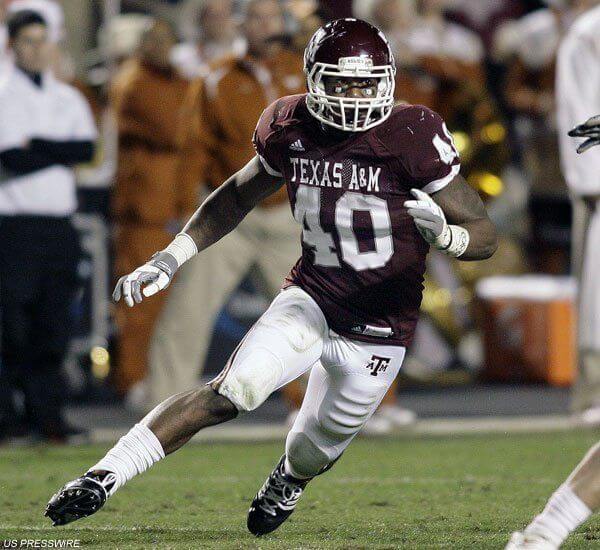 As a junior in 2009, Miller adopted the role of the jack position, a defensive end/linebacker hybrid, which allowed him to utilize his pass-rushing abilities. He enjoyed a breakout season for the Aggies, leading the nation in sacks with 17 and ranking fourth in the nation with 21 tackles for loss. For his efforts, Von Miller was named first-team All Big-12 at defensive end and was named a first-team All-American by Sporting News and Sports Illustrated. He became the first Aggie to be named a first-team All-American since Jason Webster in 1999. Then-Aggies defensive coordinator Joe Kines compared Miller to the late Derrick Thomas. Miller then studied and watched the film of Thomas to familiarize himself with his game.

As a senior in 2010, Miller switched to playing as a 3–4 outside linebacker under Tim DeRuyter’s defense. Early in the season, Miller suffered a high ankle sprain that held him back for the first six games. He posted 10.5 sacks and 17.5 tackles for loss. Again he made first-team All-Big 12 honors and won the Butkus Award as the nation’s top linebacker. He has also named a consensus first-team All-American. He received first-team All-American honors from Walter Camp, Scout.com, Pro Football Weekly, ESPN.com and the Associated Press. Miller graduated with a degree in poultry science and raises chickens in his spare time.