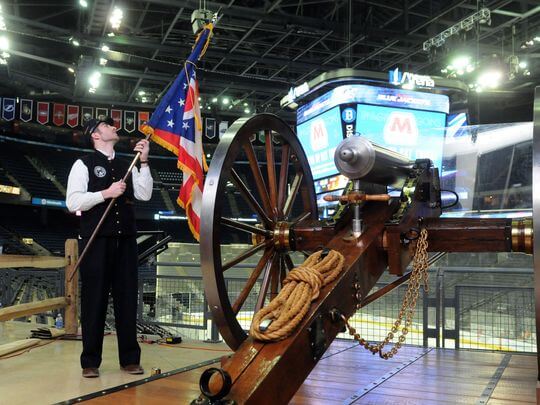 Prior to the start of the 2007 – 2008 season, the Blue Jackets organization brought a hand-made replica 1857 Napoleon cannon into Nationwide Arena. The cannon is “fired” at home games whenever:

It was fired 164 times in its inaugural season (41 home games, 20 home victories, 103 goals scored at home). The title line of “For Those About to Rock (We Salute You)” by AC/DC is played when the cannon is fired followed by the chorus of “The Whip” by Locksley.