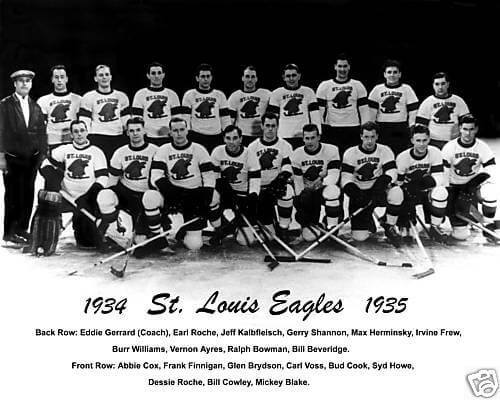 By season’s end the Eagles ownership had lost $70,000, due primarily to the cost of train travel. In those days, NHL teams traveled primarily by rail. Due to being in the Canadian Division, the Eagles had to make a lot of trips to Montreal and Toronto. An attempt to stabilize the franchise by selling off some of its players netted $58,000. The owners had hoped to move again to save the franchise. There was interest from Cleveland and also in a return to Ottawa, but neither came to fruition.

As a result, the ownership again petitioned the NHL to allow them to suspend operations for a year. This time the NHL refused and the Eagles were put up for sale. After no credible offers surfaced, the NHL bought the franchise and player contracts for $40,000, and opted to play as an eight-team league. If the NHL ever resold the franchise, proceeds were to go to the Ottawa Hockey Association. The NHL distributed the players under contract with St. Louis through a dispersal draft. Teams selected players in an order based on the previous season’s standings. Teams with the lowest point totals selected first. The Chicago Black Hawks did not participate in the draft. Eighteen of the twenty-three players under contract were selected with the remaining players being placed in the minor leagues.