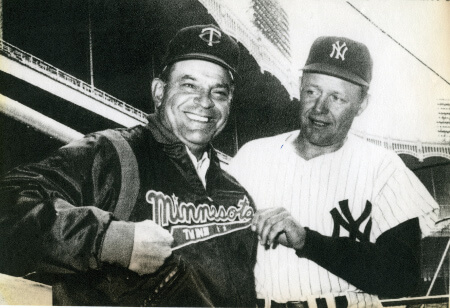 The Twins were eagerly greeted in Minnesota when they arrived in 1961. They brought a nucleus of talented players: Harmon Killebrew, Bob Allison, Camilo Pascual, Zoilo Versalles, Jim Kaat, Earl Battey, and Lenny Green. The Twins won 91 games in 1962, the most by the franchise since 1933. The Twins won 102 games and the American League Pennant in 1965, but they were defeated in the 1965 World Series by the Los Angeles Dodgers in seven games behind the World Series Most Valuable Player, Sandy Koufax, with a 2–1 record, including winning the seventh game.