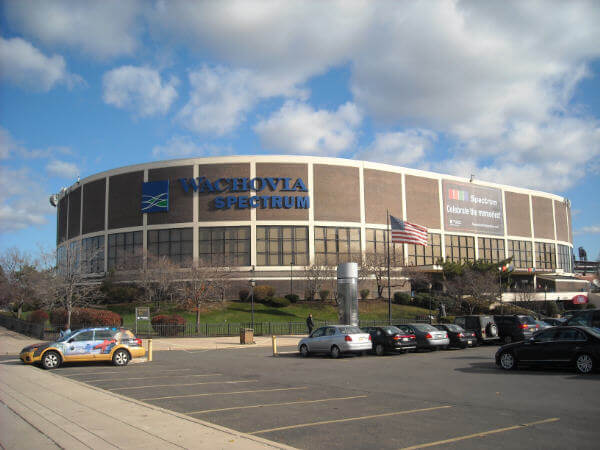 In the 1967 – 1968 season, with a new home court in the form of The Spectrum to defend their championship, once again the 76ers made it back to the NBA Playoffs and in the rematch of the previous year’s semifinals, the 76ers held a 3-1 series lead over the Celtics, before the Celtics staged a dramatic comeback to beat the Sixers in seven games. Opened as the Spectrum in fall 1967, Philadelphia’s first modern indoor sports arena was built to be the home to accommodate the existing Philadelphia 76ers of the NBA. The Spectrum’s seating capacity it eventually accommodated 18,168 for NBA games.