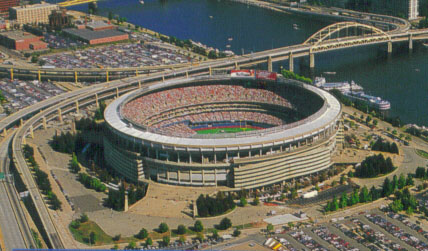 The ground was broken in April 1968 and an oft behind-schedule construction plan lasted for 29 months. The stadium opened on July 16, 1970, when the Pirates played their first game. In the 1971 World Series, Three Rivers Stadium hosted the first World Series game played at night. The following year the stadium was the site of the Immaculate Reception. The final game in the stadium was won by the Steelers on December 16, 2000. Three Rivers Stadium also hosted the Pittsburgh Maulers of the United States Football League and the University of Pittsburgh Panthers football team for a single season each.