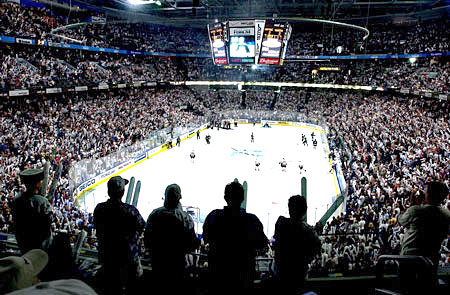 The following season saw the Lightning shift to the Eastern Conference’s Atlantic Division, as well as move into the Florida Suncoast Dome a building originally designed for baseball in St. Petersburg, which was reconfigured for hockey and renamed “the Thunderdome”. The stadium, built originally as the Florida Suncoast Dome, was first used in an attempt to entice the Chicago White Sox to relocate if a new ballpark were not built to replace the aging Comiskey Park. The governments of Chicago and Illinois eventually agreed to build a New Comiskey Park now known as U.S. Cellular Field in 1989.