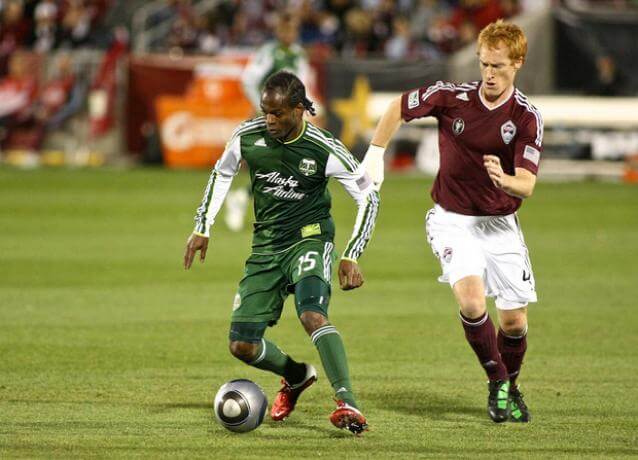 The announcement of the Timbers’ entry into MLS was the culmination of a nearly two-year-long process for Merritt Paulson, dating back at least to May 2007, when Paulson led a group that bought the Portland Beavers and the USL Timbers. The group included former Treasury Secretary Henry Paulson, Meritt Paulson’s father. The biggest issue for the city of Portland at that time was that due to league concerns about seating configuration, field surface and scheduling, obtaining an MLS club would require a new stadium.

In October 2007, Paulson was told PGE Park could be upgraded for about $20 million, and a new baseball stadium (with 8,000 to 9,000 seats) would cost about $30 million. By November 2008, Paulson told The New York Times he expected Portland taxpayers would spend $85 million to “build a new baseball stadium for his Beavers and renovate PGE Park—just remodeled in 2001 at a cost to taxpayers of $38.5 million—for soccer”, and that in exchange, he would spend $40 million for the franchise fee to bring a new Major League Soccer team to Portland. MLS was in support of the proposal, wanting to continue to expand the number of owners in the league (for a while, all of its teams were owned by three men: Philip Anschutz, Lamar Hunt, and Robert Kraft).

Though supporting the acquisition of an MLS franchise raised numerous issues for Mayor Sam Adams and the Portland City Council, the Timbers were announced as Major League Soccer’s eighteenth team on March 20, 2009, by Commissioner Don Garber. The announcement occurred during the first and second-round games of the 2009 NCAA Men’s Division I Basketball Tournament that were held in Portland. The announcement noted that the team would retain the Portland Timbers’ name.