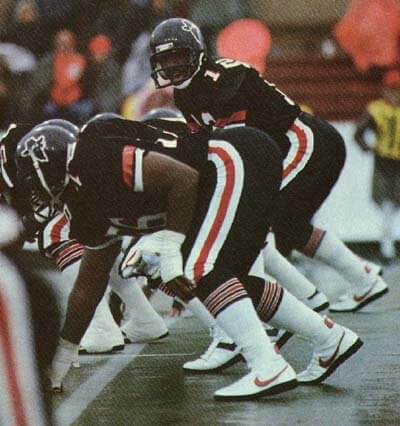 The Tathams were not exaggerating about Skelly Stadium’s inadequacy as a professional venue. There was virtually no parking around the stadium, which would have held down attendance even without the weather problems. With no other facility in the Tulsa area suitable even for temporary use, they started searching for a new home. They initially planned to move to the University of Oklahoma’s Owen Field while a new stadium was being built in Oklahoma City. However, when the USFL voted to move to the fall for the 1986 season, OU officials backed out of the deal. Bill, Jr. then worked out a deal to play at Honolulu’s Aloha Stadium, but Bill, Sr. vetoed it.

The Tathams nearly had a deal to merge the Outlaws with the Oakland Invaders. However, the deal collapsed at the last minute because Invaders owner Tad Taube was unwilling to give control of the team to the younger Tatham. The Invaders ultimately merged with the Michigan Panthers.

Homeless and looking for options, the Tathams would turn to the 1984 Western Conference Champion Arizona Wranglers. Despite advancing all the way to the USFL title game after essentially trading rosters with the Chicago Blitz, the Wranglers’ 1984 attendance figures –although respectable — were not enough to cover expenses. In fact, they were actually slightly below those of the 1983 Wranglers team. Owner Dr. Ted Diethrich, who had swapped the Blitz for the Wranglers in the 1983 – 1984 offseason, had anticipated much higher attendance after bringing most of a team reckoned as an NFL-caliber unit to Phoenix. Additionally, he never was paid in full for selling the Chicago franchise rights after the new Blitz owner, James Hoffman, saw his finances collapse. After losing millions for the second year in a row, Diethrich wanted out.

Ultimately, Diethrich agreed to merge the Wranglers with the Outlaws. The merged team was to be known as the Arizona Outlaws and would take the Wranglers’ place at Arizona State University’s Sun Devil Stadium. Initially, the Tatham’s owned 75 percent of the merged team, with Diethrich retaining 25 percent. However, Diethrich quickly decided to get out altogether. Since the Tatham’s inherited the Wranglers’ player contracts, the deal was still widely reported as a merger. As a result, Arizona received what amounted to its third USFL team in as many seasons.