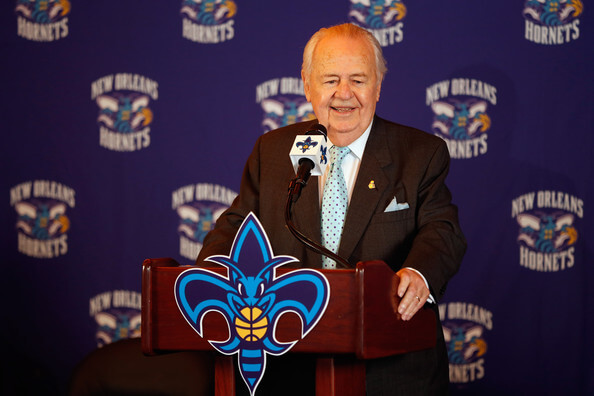 2012 - Tom Benson Owner of Saints and the Hornets

Saints owner Tom Benson has officially gained control of the New Orleans Hornets from the NBA. The completion Friday of the $338 million sale of the NBA club comes two days after the league’s board of governors approved the decision to sell to Benson. As part of the deal, Louisiana Gov. Bobby Jindal has approved the Hornets’ lease extension at the state-owned New Orleans Arena, which runs through 2024 and provides for $50 million in improvements. Benson agreed in April to buy the Hornets. The team had been owned by the NBA since December of 2010.