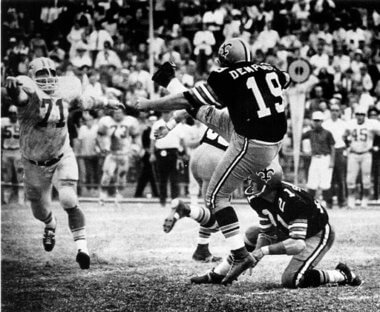 One of the franchise’s early bright moments came on November 8, 1970, when Tom Dempsey kicked an NFL record-breaking 63-yard field goal to defeat the Detroit Lions by a score of 19–17 in the final seconds of the game. The record was not broken until 2013 by Matt Prater of the Denver Broncos.