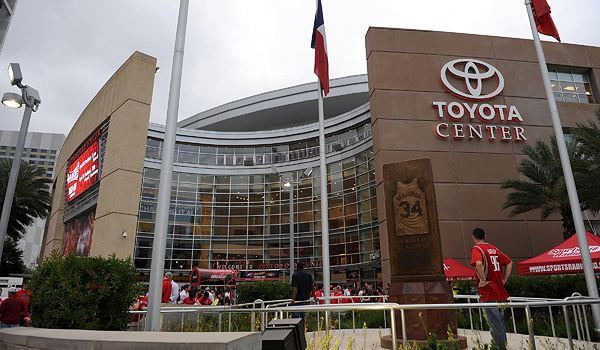 Toyota Center is an indoor arena located in downtown Houston, Texas. It is named after the Japanese automobile manufacturer Toyota. The arena is home to the Houston Rockets of the National Basketball Association.

Rockets owner Leslie Alexander first began to request a new arena in 1995 and attempted to release the Rockets from their lease at The Summit, which ran until 2003. However, he was denied by arena owner Chuck Watson, then-owner of the Aeros, who also wanted control of a new arena. The two sides agreed to equal control over an arena in a deal signed in 1997, but the proposal was rejected by city voters in a 1999 referendum. It was not until the city and the Rockets signed an amended agreement in 2001, excluding the Aeros, that the proposal was accepted.

Construction began in July 2001, and the new arena was officially opened in September 2003. The total costs were $235 million, with the city of Houston paying the majority, and the Rockets paying for enhancements. Toyota paid $100 million for the naming rights.