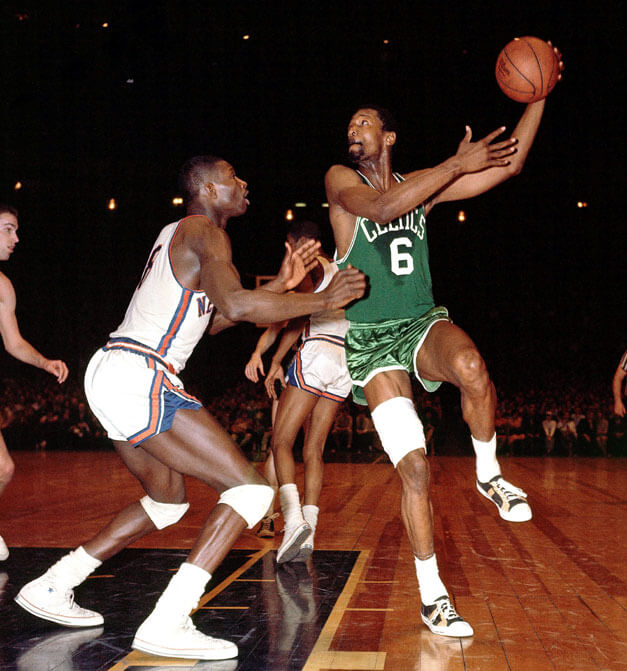 After the 1955 – 1956 season, Auerbach made a stunning trade. He sent perennial All-Star Ed Macauley to the St. Louis Hawks along with the draft rights to Cliff Hagan in exchange for the second overall pick in the draft. After negotiating with the Rochester Royals a negotiation that included a promise that the Celtics owner would send the highly sought after Ice Capades to Rochester if the Royals would let Russell slide to #2, Auerbach used the pick to select University of San Francisco center, Bill Russell.