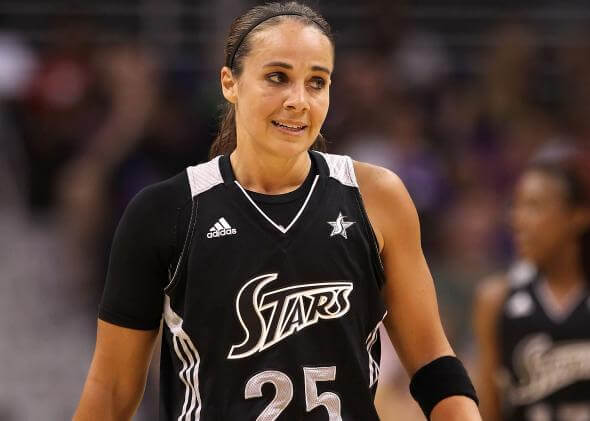 On April 4, 2007, during the WNBA Draft, Becky Hammon was traded to the Silver Stars, along with a second round draft pick in the 2008 draft, for the second overall first round pick in the 2007 WNBA Draft, center Jessica Davenport. Hammon posted career high averages of 18.8 ppg (fourth best) and 5.0 apg (first in WNBA) in 2007. While in San Antonio, Hammon earned the nickname, “Big Shot Becky” because of her ability to hit shots in clutch moments. It comes from the nickname “Big Shot Bob” given to San Antonio Spurs forward, Robert Horry.