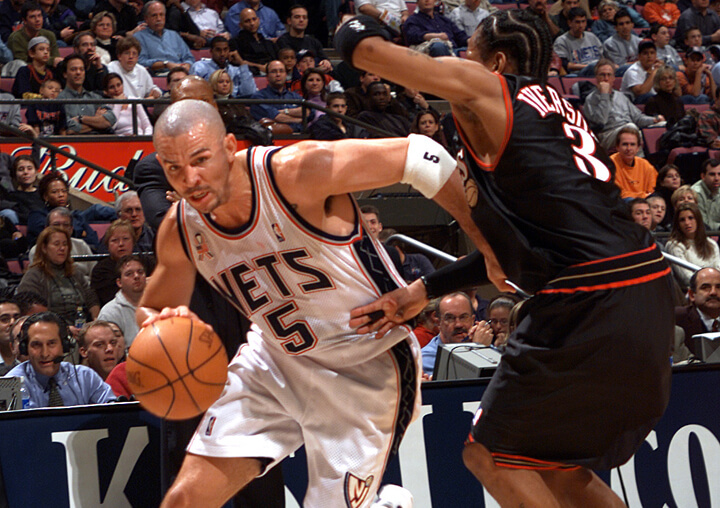 On the night of the 2001 Draft, the Nets traded the rights to their first-round selection (Eddie Griffin) to the Houston Rockets for Richard Jefferson, Jason Collins and Brandon Armstrong, and selected Brian Scalabrine in the second round. The trade was widely considered a smart move by the Nets as they needed to get younger and clear out much of the dead weight that was on the bench, as the Nets had the lowest scoring and oldest bench in the league the previous season.

One day after the draft, on June 28, 2001, Thorn traded all-star Stephon Marbury and role player Johnny Newman to the Phoenix Suns for all-star/All-NBA point Jason Kidd and Chris Dudley (whom the Nets later released). The move gave the team something it had been lacking for practically its entire NBA existence, a floor leader who made his teammates better.