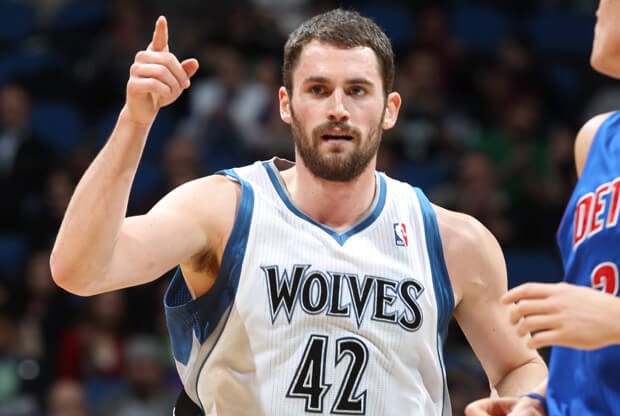 In a press conference on April 17, 2008, Love announced his intention to leave UCLA to enter the 2008 NBA draft. He was taken fifth overall by the Memphis Grizzlies, immediately after his teammate at UCLA, Russell Westbrook, who was selected by the Seattle SuperSonics. Following the draft, Love was traded, along with Mike Miller, Brian Cardinal, and Jason Collins to the Minnesota Timberwolves, with the third overall pick O. J. Mayo, Antoine Walker, Marko Jarić and Greg Buckner going to the Grizzlies.