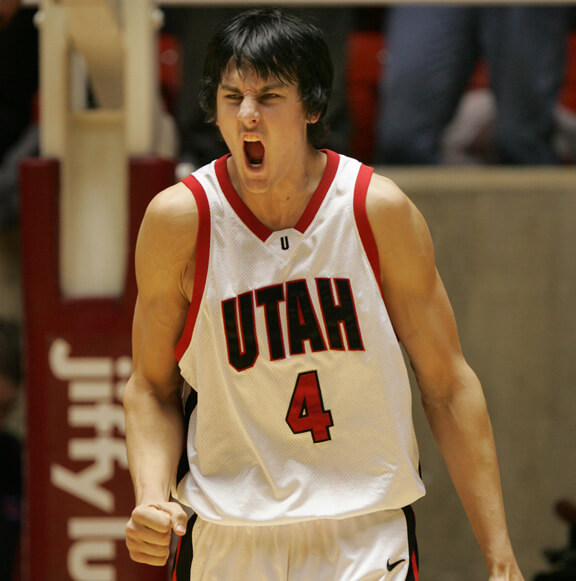 As a sophomore in 2004–05, Bogut started all 35 games for the Utes, leading them to a 29–6 record, the Sweet 16 of the NCAA Tournament, and a Mountain West Conference championship. He led the nation with 26 double-doubles and scored in double figures in 37 consecutive games dating back to the final two games of the 2003–04 season to have the sixth-longest streak in the country. He ranked 19th in the NCAA in scoring (20.4 ppg), second in rebounding (12.2 RPG) and eighth in field goal percentage (62.0), and led the Mountain West Conference in scoring, rebounding and field goal percentage. He became one of 31 Utah players all-time to score 1,000 points in his career, but just the third to reach that mark in two seasons. He was named the 2004–05 national player of the year by ESPN.com and Basketball Times, and earned Associated Press first-team All-American and leading vote-getter, becoming the 11th Ute all-time to earn All-America honors. He also earned Naismith College Player of the Year honors and the John R. Wooden Award. He later had his No. 4 jersey retired by Utah.