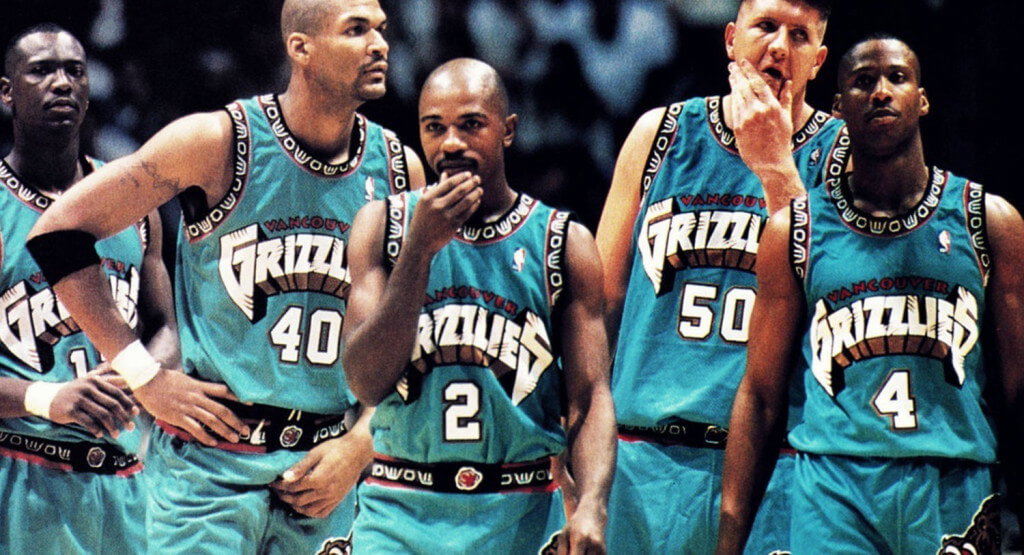 The only former professional basketball team to play in Canada was the Toronto Huskies, who played a single season in 1946 – 1947 before folding. Attempts had been made by Nelson Skalbania, a local entrepreneur, to get an NBA franchise to Vancouver in the 1980s, but had failed. Arthur Griffiths, owner of the Vancouver Canucks of the National Hockey League (NHL) through Northwest Sports Enterprises, announced in February 1993 that he hoped to bring an NBA franchise to Vancouver. Griffiths was developing a privately owned 20,000-seat arena for the Canucks in downtown Vancouver, which was scheduled for completion for the 1995 – 1996 season. The Toronto Raptors were awarded an expansion franchise for that season on 30 September 1993. On 14 February 1994, the NBA’s Expansion Committee gave a preliminary approval for Vancouver, with full approval being granted by the Board of Governors on 27 April. Both franchises paid a fee of US$125 million, up from $32.5 million paid during the 1988 – 1989 expansion. The Grizzlies became the NBA’s 29th franchise.