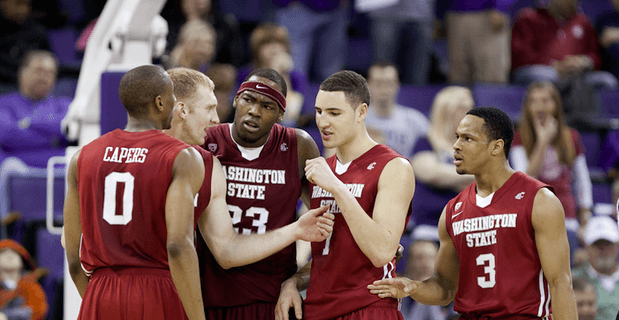 Thompson led the Pac-10 in scoring as a junior, again earning All-Pac-10 first-team honors. He became just the third Cougar to win first-team all-district honors from the National Association of Basketball Coaches twice in his career. In addition, he became the first Cougar to be named Pac-10 Player of the Week three times when he won the award for the week of Nov. 22–28, extending the record to four after the week of December 6–12. Soon after, Thompson was named one of the 30 midseason candidates for the John R. Wooden Award. In the 2011 Pac-10 tournament, he set tournament records with 43 points and 8 three-pointers. Thompson finished the season by setting WSU’s single-season scoring record with 733 points. He is WSU’s 3rd all-time leading scorer.

On January 18, 2020, Washington State retired the No. 1 that Thompson wore in college. He became the second WSU men’s basketball player to receive this honor, joining Steve Puidokas, and the seventh WSU athlete in any sport whose number has been retired.