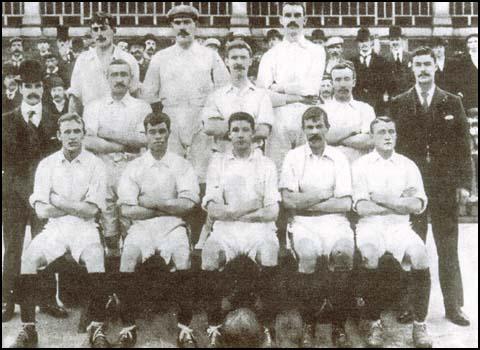 West Ham Utd joined the Western League for the 1901 season while also continuing to play in the Southern Division 1. In 1907, West Ham has crowned the Western League Division 1B Champions and then defeated 1A champions Fulham 1–0 to become the Western League Overall Champions. The reborn club continued to play their games at the Memorial Grounds in Plaistow (funded by Arnold Hills) but moved to a pitch in the Upton Park area in the guise of the Boleyn Ground stadium in 1904. West Ham’s first game in their new home was against fierce rivals Millwall (themselves an Ironworks team, albeit for a rival company) drawing a crowd of 10,000 and with West Ham running out 3–0 winners, and as the Daily Mirror wrote on 2 September 1904, “Favoured by the weather turning fine after heavy rains of the morning, West Ham United began their season most auspiciously yesterday evening; when they beat Millwall by 3 goals to 0 on their new enclosure at Upton Park.”