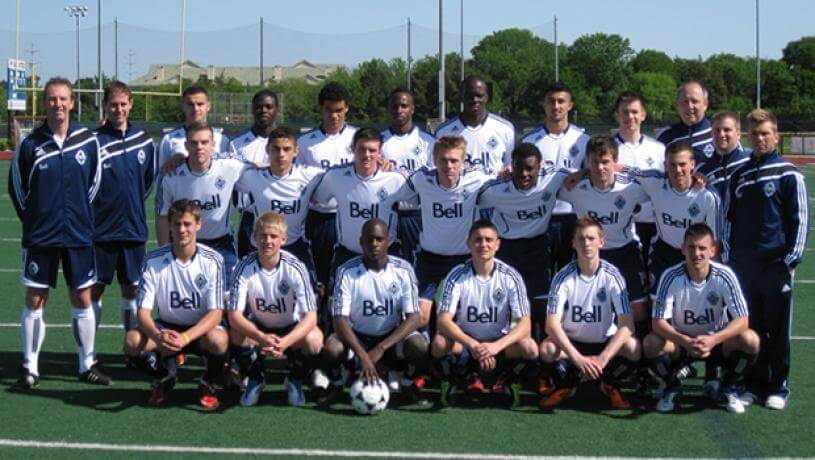 An ownership group in Vancouver was granted the seventeenth Major League Soccer franchise on March 18, 2009, by MLS Commissioner Don Garber. While no name was provided at the Vancouver announcement, over a year later the club confirmed it would keep the Whitecaps name.

In preparation for its first MLS season, the Whitecaps brought in executive talent from around the world. On November 24, 2009, Paul Barber, former Tottenham Hotspur F.C. executive, was announced to join the club as CEO. Others joining him included former D.C. United head coach Tom Soehn as Director of Operations and Dutch national Richard Grootscholten as the Technical Director and head coach of the residency program.

As the head coach of the USL and later USSF Division 2 Vancouver Whitecaps, former Iceland international Teitur Thordarson was confirmed as head coach on September 2, 2010, for the inaugural MLS season. He was subsequently relieved of his duties on May 30, 2011, after the Whitecaps won just one of their first twelve matches. Tom Soehn, the Whitecaps director of soccer operations, replaced Thordarson on an interim basis.

The Whitecaps began to play in the 2011 MLS season with their first match on March 19, 2011, against rival Canadians Toronto FC, which they won 4–2. The first goal in the Whitecaps’ MLS era was scored by Eric Hassli. After their winning start, the Whitecaps struggled and failed to secure another victory in their next 11 MLS games, drawing six and losing five. In the aftermath of their 1–1 draw with the New York Red Bulls on May 30 head coach Teitur Thordarson was fired. Tom Soehn took over coaching duties for the remainder of the 2011 season, while Martin Rennie was announced as the new permanent head coach on August 9, taking over officially on November 2.