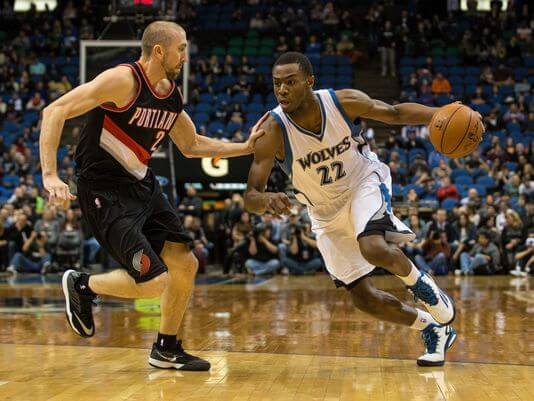 On August 23, 2014, the Timberwolves traded Love to the Cleveland Cavaliers in a three-team trade. The Timberwolves received Andrew Wiggins and Anthony Bennett from Cleveland, and Thaddeus Young from the Philadelphia 76ers, while the Philadelphia 76ers received Luc Mbah a Moute and Alexey Shved from Minnesota and a 2015 first-round draft pick from Cleveland.