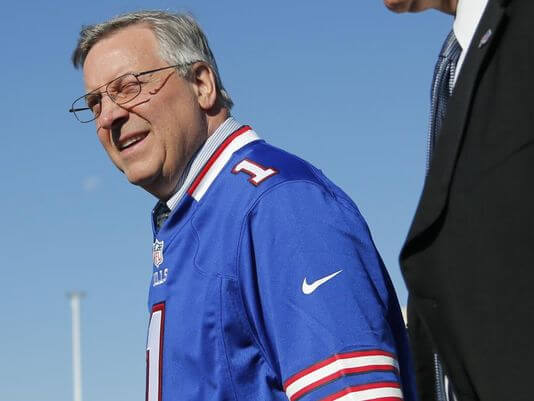 Owner Ralph Wilson died March 25, 2014, at the age of 95. Wilson’s assets, including the team, were placed into a trust governed by four members: Wilson’s widow, Mary Wilson; his niece, Mary Owen; Jeff Littman, the Bills’ chief financial officer; and Eugene Driker, an attorney. The trust sold the team to Buffalo Sabres owner Terrence Pegula, along with his wife Kim, reportedly for $1.4 billion in cash, which the Wilson trust intends to use as an endowment for charitable causes in Western New York and Wilson’s hometown of Detroit. The deal closed October 10, 2014. The 2015 season will be the first full season for the Bills under the Pegula Family’s ownership.