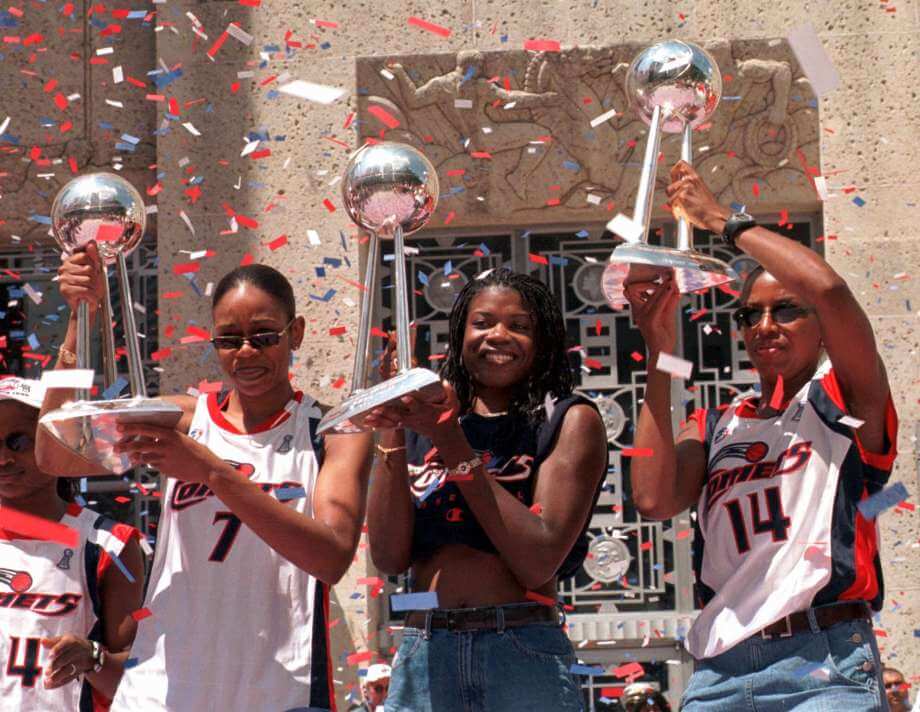 In 1999, led by what was already known as the Big Three, (Cynthia Cooper, Sheryl Swoopes, and Tina Thompson), the Comets survived a highlight-film, last-second, court-to-court, game-winning shot by the Liberty’s Teresa Weatherspoon in Game 2 of the finals to beat the Liberty in three games and win their third straight title, this one after the death of teammate Kim Perrot, who died of cancer.