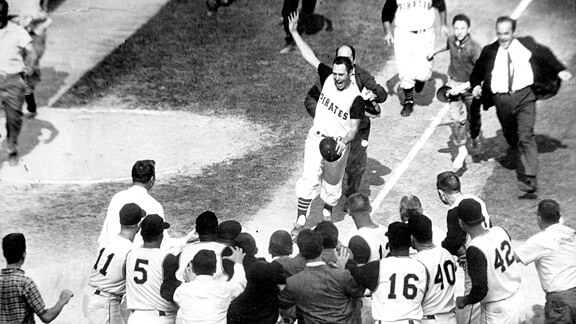 The 1960 World Series was played between the Pittsburgh Pirates of the National League (NL) and the New York Yankees of the American League (AL) from October 5 to 13, 1960. It is most notable for the Game 7, a ninth-inning home run hit by Bill Mazeroski, winning the game for the Pirates 10–9, and also winning them their third World Championship overall and first since 1925.