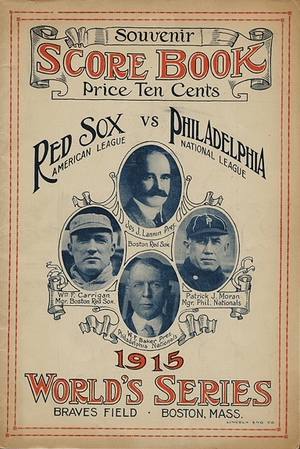 In the 1915 World Series, the Boston Red Sox beat the Philadelphia Phillies four games to one. In their only World Series before 1950, the Phillies won Game 1 before being swept the rest of the way. It was 65 years before the Phillies won their next Series game. The Red Sox pitching was so strong in the 1915 series that the young Babe Ruth was not used on the mound and only made a single pinch-hitting appearance.