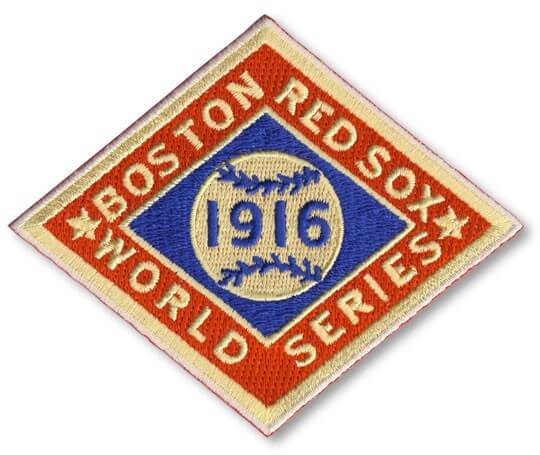 In the 1916 World Series, the Boston Red Sox beat the Brooklyn Robins (a.k.a. Dodgers) four games to one. Casey Stengel shone on offense for the Robins in the 1916 Series but the Red Sox pitching core ultimately proved too much for the denizens of Flatbush. The Sox’s Babe Ruth pitched thirteen shutout innings in Game 2, starting a consecutive scoreless innings streak that would reach 29 in 1918. As with the 1915 Series, the Red Sox played their home games at the larger Braves Field, and it paid off as they drew a then-record 42,620 people for the final game.