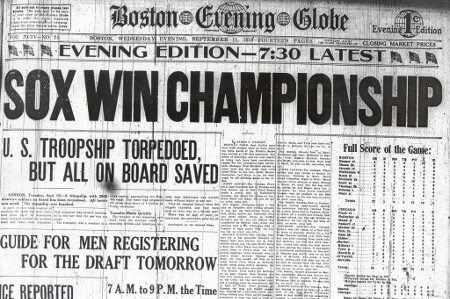 The 1918 World Series featured the Boston Red Sox, who defeated the Chicago Cubs four games to two. The Series victory for the Red Sox was their fifth in five tries, going back to 1903. The Red Sox scored only nine runs in the entire Series; the fewest runs by the winning team in World Series history. Along with the 1906 and 1907 World Series, the 1918 World Series is one of only three Fall Classics where neither team hit a home run.