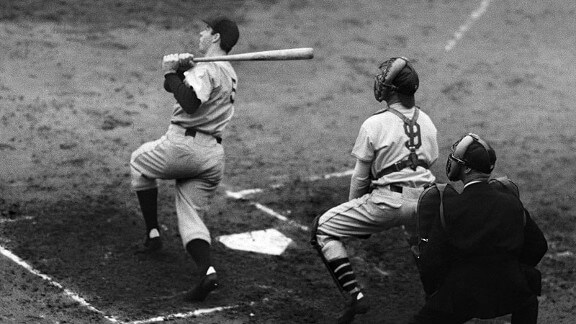 World Series – 1936
The 1936 World Series matched the New York Yankees against the New York Giants, with the Yankees winning in six games to earn their fifth championship. The Yankees played their first World Series without Babe Ruth and they’re first with Joe DiMaggio, Ruth having been released by the Yankees after the 1934 season. He retired in 1935 as a member of the Boston Braves.

World Series – 1932
The 1932 World Series was a four-game sweep by the American League New York Yankees over the National League Chicago Cubs. By far its most noteworthy moment was Babe Ruth’s called shot home run, in his tenth and last World Series. It was punctuated by fiery arguments between the two teams, heating up the atmosphere before the Series even began.