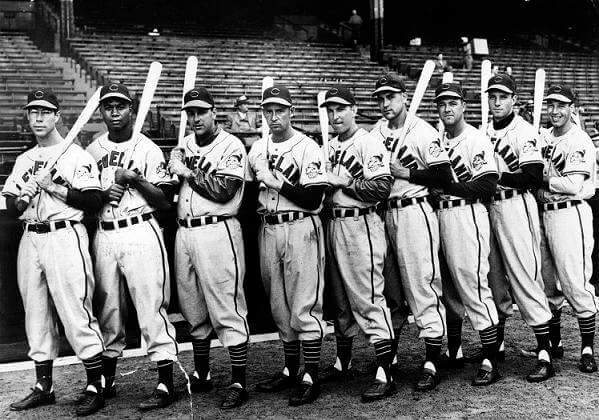 The 1948 World Series matched the Cleveland Indians against the Boston Braves. The Braves had won the National League pennant for the first time since the “Miracle Braves” team of 1914, while the Indians had spoiled a chance for the only all-Boston World Series by winning a one-game playoff against the Boston Red Sox for the American League flag. Though superstar pitcher Bob Feller failed to win either of his two starts, the Indians won the Series in six games to capture their second championship and they’re first since 1920 as well as their last to the present date.